Lidl is installing self-checkouts in its German stores. Unlike in Great Britain and Switzerland, the leading European grocery retail banner is not using solutions from Diebold Nixdorf in its home country, but devices from Swiss hardware specialist 4POS embarking on a platform strategy: The same standard components are used on these devices as Lidl uses at its attended tills. The software-independent hardware enables the discounter to now also use software from GK at its self-checkouts. Cash payment is possible at all devices: thanks to cash recyclers from Glory.

At the Lidl store in Bietigheim-Bissingen, not far from the group’s headquarters in Neckarsulm and Heilbronn, the discounter’s customers are already busily using the six self-checkouts that have been set up there in addition to five traditional cash registers. The machines are all equipped with cash recyclers from Glory.

Schwarz Group is now planning to introduce self-checkouts of this type in many Lidl shops in Germany. The discounter also offers this type of self-checkout to its customers abroad: They are already in use in selected stores in Romania, Hungary, the Czech Republic, Croatia and Slovenia.

Lidl no longer relies on the iScan complete solutions from Diebold Nixdorf, which the discounter had introduced in many branches in the UK and Switzerland. While the devices from Diebold Nixdorf work with their own software, the discounter has now opted for the software solution GK SCO and thus for a solution from the house of its long-standing POS software provider.

Platform strategy for software and hardware

But it is not only in terms of software that Lidl is bringing its self-checkouts into line with its traditional, attended tills: The hardware of Swiss specialist 4POS enables the use of exactly the same peripheral components that are also installed at the attended checkouts: For example, the new self-checkout features a touchscreen display from Diebold Nixdorf, receipt printers from Epson, as well as scanner scales from Datalogic, which customers can now use to weigh fruit and vegetables themselves.

In addition, 4POS installs checkweighers from the Israeli specialist Shekel at the self-checkouts for Lidl on the area to the right of the scanner, where customers are supposed to place the goods after registering them. As is generally the case with hardware purchasing, Lidl also relies on a two-vendor strategy for the new self-checkouts in order to avoid pressure from suppliers. Thus, not only 4POS will be allowed to supply the new self-checkouts for the German Lidl shops, but also the Swedish cash register and shop fitting specialist Itab.

Self-checkouts for all Lidl countries

The new self-checkouts will also be introduced step by step in Lidl stores abroad. According to information from Retail Optimiser, they are to be rolled out step by step in all Lidl countries. Only for Switzerland and Great Britain there is no decision yet, as they have already installed numerous Diebold Nixdorf complete solutions.

However, at all Lidl self-checkouts, the process appears somewhat difficult for customers who, like many, use a shopping trolley and buy a lot of goods. The self-checkout labelling explains to the shoppers that they should place their shopping basket to the left of the scanner or scan the goods immediately. They then have to place the goods on the checkweigher to the right of the scanner.

However, the often very large quantities of goods that many Lidl customers have in their shopping trolleys do not all fit on the checkweigher. If the customers later puts the goods back into the shopping trolley — which the software allows without alarm — there is a risk that they will forget which products he has already scanned, even without fraudulent intent.

In the Lidl store in Bietigheim-Bissingen, the Retail Optimiser team could not observe any checks of the scanned baskets by employees. In principle, however, these are conceivable. An exit barrier behind the area where the self-checkouts are set up only opens when the barcode printed on the receipt is scanned at the barrier.

Self-scanning with smartphones will come

But Lidl is working on a solution for large shopping baskets: it is undisputed that the discounter will introduce self-scanning with customers’ smartphones – most likely as part of its Lidl Plus app: the only question is when. The introduction of self-checkouts also serves this purpose. Because these devices will also serve as payment terminals for users of the app-based self-scanning in the future. 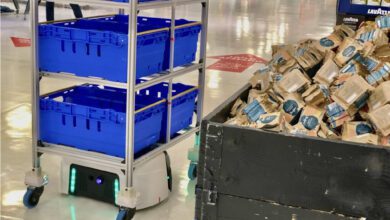 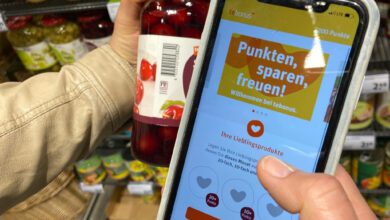 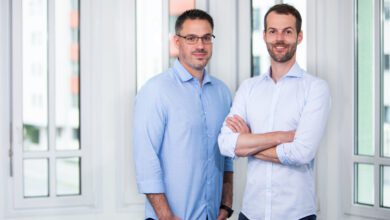