Migros is testing the autonomous store concept Teo, which was developed by Tegut, in Bürglen in the Swiss canton of Thurgau since the end of last week. Different from Tegut’s German Teos, Migros’ uses its unified checkout software platform based on GK here, which also runs the retail group’s self-scanning and self-checkout. The Retail Optimiser already reported on the implementation of the new POS software solution in detail here.

Customers can scan while shopping and pay for their goods independently with Migros’ subitoGo app or by using a self-checkout terminal at the end of the shopping trip. The new store belongs to the Migros Ostschweiz cooperative. In a fortnight, another pilot store is to be opened in Sulzerallee in Winterthur Neuhegi in the canton of Zurich.

The concept for the autonomous store was developed by Tegut under the name Teo and has already been rolled out at over 20 locations in Germany. Tegut became a part of Migros Zurich in January 2013.

Scan and pay with the app

Access to the store is possible around the clock with debit or credit card. Alternatively, the Cumulus QR code can also be used for access. Customers can scan their goods independently with the subitoGo app during shopping or at the end of shopping at the self-checkout terminal.

Migros had completed the roll-out of self-scanning with customers’ smartphones in almost all grocery shops in spring this year.  “With subitoGo, our customers can complete their shopping entirely on their smartphones for the first time,” Sebastian Kälin, project manager of Migros Online had told Retail Optimiser at the launch of the self-scanning function in the Migros app. “When they pay by mobile, they no longer have to go to a terminal or checkout and can directly leave the store.” Users also automatically receive their receipt digitally. Alternatively, cashless payments can be made by card, Cumulus or Twint. The entire store is video and sensor-monitored.

On an area of 50 square metres, customers can choose from a basic assortment of about 800 items. “We will continuously adapt the product range to customer needs, especially at the beginning,” said Samuel Bauert, Head of Supermarkt of the Migros Ostschweiz. The stocking of goods will be done by two employees. As an additional service, customers can use a box to exchange books or get their bicycle repaired at a service station.

Migros Teo is not the only autonomous store concept that Migros Group is testing in Switzerland. Migros Aare has been piloting autonomous stores under the name Voi Cube since February 2021. On a space of 18 square metres, the assortment includes about 500 articles. To shop, customers need to register using the Voi Cube app and receive a personal QR code for access. The customers choose their items in the shop by themselves. They do not pay for their purchase via the app but at the self-checkouts. They open the sliding door with the help of a hand sensor to leave the store. There are currently Voi Cubes located in Bern Marzili, Ostring and Ittigen.

Migros’ subsidiary for the convenience sector Migrolino is experimenting with its first vending machine under the name Pick-me 24/7. The store is nine metres long, six metres wide and offers around 400 products for sale around the clock in two temperature zones, which are assembled and handed out to customers by two robots inside. After a test in Dietikon in the canton of Zurich, which was completed in May 2020, a first pilot store has opened in Adliswil at Zürichstrasse 11 in the same canton. There, customers select their products conveniently via app or on site using a touch display, without having to enter the store. They can pay cashless or with Twint, then scan their pick-up label and receive their purchase in less than a minute. 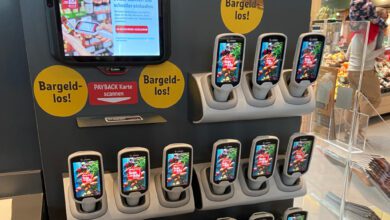 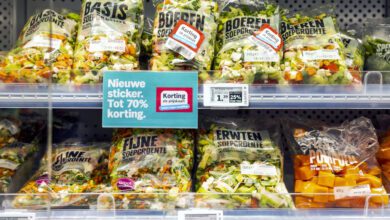 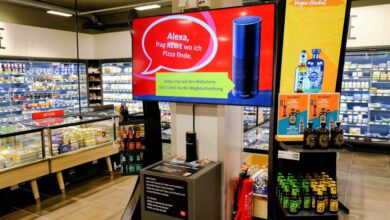